Send me a message

Succeeded! Your message has been sent successfully.
×

Send me a message

Chianti Star Festival – 2014 Edition
Agneta Gynning was participating in the second edition of the Chianti Star Festival that took place from the 13th of June – 20th of July 2014 in the world-famous Chianti region of Tuscany. Following the success of the first edition , the 2014 edition was larger than last year as we was offered the unique opportunity to have two other incredible locations as well as the Palazzo Malaspina in San Donato in Poggio: the beautiful Fattoria Montecchio very close to San Donato, and the historic abbey at Badia a Passignano. The prize-giving Ceremony was held at the auditorium of the spectacular new Antinori wine cellar designed by Marco Casamonti at Bargino.
Once again we are collaborating with OpenLab, part of the University of Florence, the Chianti Observatory and the Municipality of Tavarnelle Val di Pesa.

The relationship between art and science begins with the exhibition of contemporary art (some of them will stimulate reflection and debate on art and science and their relationship within the whole spectrum of society), while lectures, demonstrations and concerts will enrich a calendar of collateral events.

Here’s a picture from the the prize-giving ceremony with Agneta to the left, festival organizer Vito Abba, Italian sculptor Eugenio Riotto, who created the prize and Linda Shinkle Rodney another price winner. 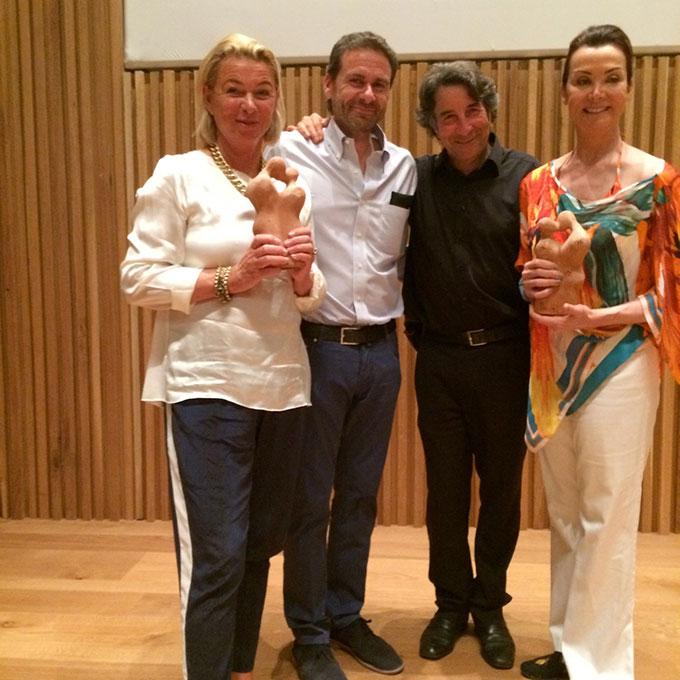